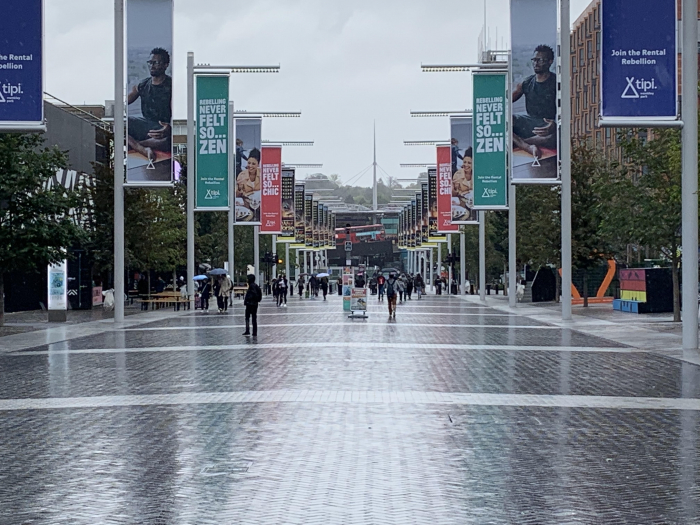 Transforming Grey Spaces ....... this is what we do time and again across the UK. This time it's a feasibility session and assessing the potential risks on Olympic Way at Wembley Park on a rainy day in November 2019 which was the beginning of our very own Journey to Wembley Stadium.

Since then working closely with The FA Facilities and Event Team we set out to assess the feasibilty and prove we have the temporary facilities and capabilities to transform Olympic Way and Arena Square into a series of PopUpPitches for their FA FIVES festival. This is no small undertaking to meet the high standards this NGB and their partners at Wembley demand of any supplier with levels of due diligence and compliance.

As of February 2020, we were delighted to be appointed as the lead contractor to install these PopUpPitches for the FA FIVES finals in June 2020 for the start of the UEFA EURO 2020. More to share on our journey in the coming months.

THE FA FIVES is the nation's biggest small-sided football festival, created to celebrate UEFA EURO 2020. In its 60th anniversary year, UEFA EURO 2020 is being hosted across 12 nations between 12 June and 12 July 2020. Wembley Stadium is hosting seven matches in total, including the semi-finals and showpiece final.