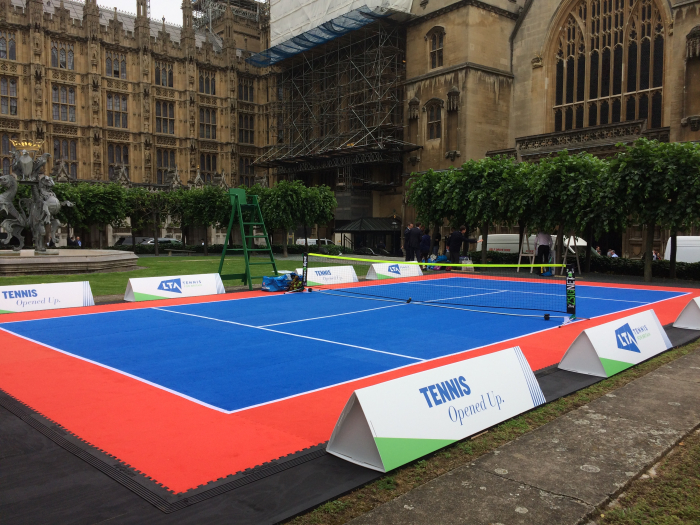 When plans were announced by the LTA for an event in New Palace Yard at the Houses of Parliament, hosted by the Speaker of the House of Commons, John Bercow MP, there was, (perhaps), only one LTA contractor that could pull this off gig - PopUpArena.

Our past experience at the Houses of Parliament in 2016 for the announcement of the Paralympics team heading to Rio and our proven rapid methodology for landing an arena into such high security premises, made us a front runner to create the impact and spectacle that  all the stakeholders involved, and there were plenty of them, landing a PopUpCourt to make this high profile event happen.

Suffice to say, with an early start on the day to get all the components through rigorous security checks, a purpose built sub-floor constructed onto which the PopUpCourt would be laid and finally the required overlay and facilities in place, some 70 MPs enjoyed an afternoon of drop-in tennis.

Whilst landing any PopUpArena is entirely within our control, we are always prepared for those unexpected challenges, clearly far more acute at such a high profile destination. All on one day - black cabs blocking Parliament Square for four hours, approximately 10 different climate change protests and being on a Wednesday it had to be PMQ with maximum security!

Hey we still managed to pull it off seamlessly. 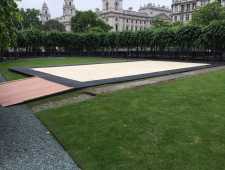 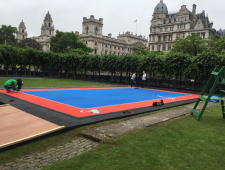 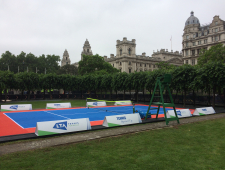