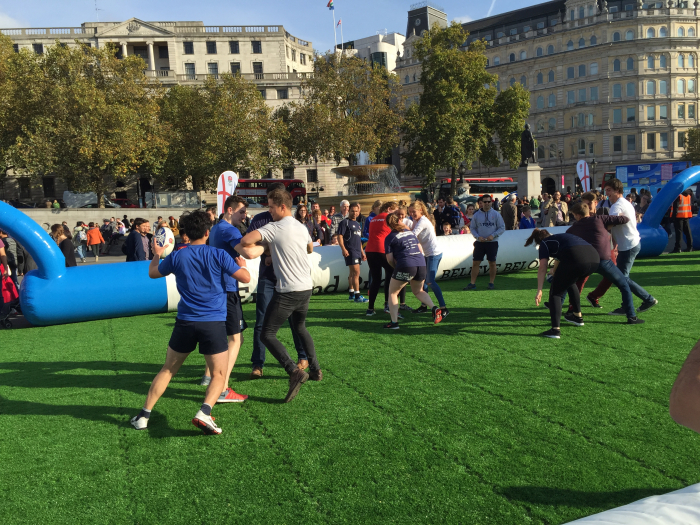 In the lead up to the RWC 2015 tournament, our new artificial PopUpPitch developed specifically for rugby proved absolutely fit for purpose.

The interlocking PopUpPitch surface is both a realistic and robust rugby surface that was used within the RFU Kicking Simulator as part of the RWC Trophy Tour and also at host venue  and official ‘England 2015’ Fanzones.

Over consecutive weekends a PopUpPitch system was installed at Wembley as part of their match day Fanzone pitch and also as a temporary rugby zone in Trafalgar Square for the final two weeks of the tournament.

With over 14 days back to back activity and in excess of  100 hours of heavy use, the PopUpPitch artificial grass surface remained stable and firm under foot against ever changing weather conditions and one can only speculate the tens of 1000’s of participants tumbles, side steps, tackles, dives and lasting memories of having FUN.

Whilst our PopUpPitches contributed only a small part within what was a magnificent event, we are very proud to have played our part within another Major International Event, along with our contribution at the Olympic Games, FIFA World Cup and the Commonwealth Games. 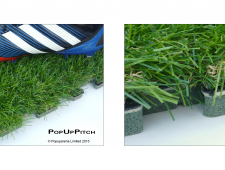