Westfield London Transformed into a PopUpCourt 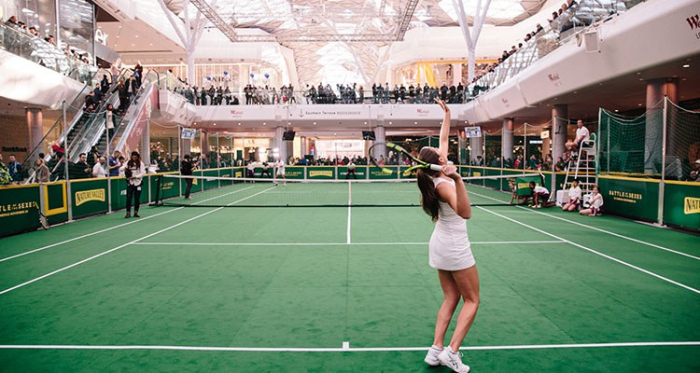 Shepherd’s Bush might not have the Wimbledon grandeur of SW19, however, the PopUpArena team rose to the challenge for the one day transformation of the main atrium in the Westfield Shopping Centre into a full sized PopUpCourt for an exhibition match between British ladies No.1 Johanna Konta and Aussie legend, ex Wimbledon champion Pat Cash.

Organised to celebrate the launch of new film, the ‘Battle Of The Sexes’ which is based on the famous 1973 game between women’s legend Billie Jean King and a former world number one, male player Bobby Riggs, PopUpArena were commissioned by Space Agency and Nature Valley to design and install the mobile PopUpCourt arena to meet their own high production values.

PopUpArena worked closely with the event team at Westfield London on the design and installation of a 550 sqm PopUpArena system with an integrated perimeter and overhead netting. Obviously in such a public space with high footfall, a major priority was the security and public safety of those spectating and passing by.

The event proved a major success for all stakeholders involved with a high PR impact across all media. 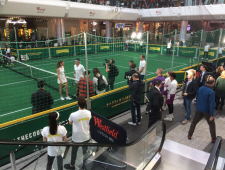